Why A Car Battery Runs Down

Below some reasons that caused the battery run down.

The alternator (output of the charging system) and the battery itself you should to check for first time. Turn on the headlights to check it. If normal brightness come with the headlights, it’s mean the battery is not the cause no-crank problem, it can be bad starter, bad solenoid or starter relay, or between starter and solenoid/relay has a bad wiring connection. If there no dim or headlights doesn’t come on, check the battery charging output and battery voltage.

Battery Voltage and State of Charge:

Note: Temperature is at 80 degrees F. when reads these test. Every 10 degrees F. battery voltage readings will drop roughly 0.01 volts.

After jump starting the car or charging the battery, not the charging voltage and same as before connect the voltmeter to the battery. At idle when operating normally the charging system should produce 13.8 to 14.3 volts or more. If less than 13.0 volts it’s mean the alternator can’t keep the battery charged because it is not enough putting out the voltage and current. The alternator needs to be tested or bench it at auto parts store. Replace the alternator if the output is different from specifications.

To see battery capable of holding a charge, it need to be tested after the battery has been recharged. Use a conventional load tester or portable electronic battery tester to test the battery. When battery is good or bad, the tester tool will tell the result.

NOTE: For accurate result, the battery should be charged in full, it is required if you want to use the load tester.

If you compare the test result, when the battery is not in fully charged, most the electronic testers will tell a reliable result. Replace the battery if it fails a load test.

The wet cell lead acid car battery has four to five years for average service life. On some hot climates location it can be as little about three years. If you are looking for long service life, AGM batteries has 6 or more years. When your wet cell acid battery has reached the end service life (4 or 5 years), you need to replace it or the battery will not can accept and hold a charge even the charging system working perfectly.

If the charging system working normally, and when your car battery test result is OK and it less than 6 years old, the battery could be running down because parasitic battery drain or key-off current drain.

There should be no electrical load on the battery at all when the ignition is turned off, the light is off and the key is removed from the ignition switch (remove from vehicle if has fob smart key). There no load on the battery at all (probably drop to zero) on older car because older car don’t have a computers or other onboard electronic modules, but if the vehicle has a radio or digital clock there will be a key-off load on the battery and usually only a few milliamps only. However, range key-off drain battery on late models vehicles that have computers and another electronic modules can be 20-50 milliamps and on some applications can have range 300to 400 milliamps. The electrical system on some Fords for 20 minutes or more after the key off can pull the battery load nearly 1 amp (as much 850 milliamps).

To keep their memories alive, the module using the key-off current drain. There a storage chips called as KAM (Keep Alive Memory) where learned information and certain setting will be saved.

The internal timer on some modules will put the module into a “sleep mode” after turn the module off or turning into “standby mode” by powering down the module and the battery parasitic power drain can be reduced in a predetermined period of time when the key off.

In step and time at different rates, some of these modules are powering down. The current drain on the battery will be reduced by the modules to the minimum levels, it can take up to a 30 minutes.

KAM could be lose the information if the battery is disconnected or runs down. After battery is reconnected or recharged the setting of modules and computers may reset to the default, however the way your vehicle runs and drives will have some changes that you may notice, and a clock, the radio channels and other memory presets need to be reset.

The climate control system on some vehicles may have the worse thing can happen, radio or power windows not work and need to be reset using dealer scan tool or special “relearn” procedure or it may not function at all. On some vehicles models like VW, Acura, Audi and BMW, before you reentered the factory security code after the battery dead or disconnected, the radio will not work.

WARNING: On newer vehicles models, to preserve learned module settings, the voltage to the vehicle’s electrical system must be maintained when you replace the battery or disconnect it. You can do this, before disconnect the cables, attach the charger to the car’s battery or plugging the backup battery into cigarette lighter.

If referring to the rules, after the vehicle is turned off and left undisturbed for an hour, 50 miliamps is the highest limit allowed of parasitic drain in most older model vehicles. This just a rule of thumb only. If you have a manual or manual available online from the manufacturers (some of them do not publish the manual), always use or refer to your manual specifications of key-off electrical drain.

Remember, various modules can wake up and start the counter (timer) all over again when you turning anything, open the door or open the trunk. So, in case the battery located in the back, keep the hood open, while you are checking the parasitic draw.

If you want to measure key-off current drain on the battery use any method below.

With key off, across individual fuses measure the voltage drop using digital voltmeter. No need to disconnecting battery or removing any fuses if you use this method. Set to Mv (millivolt) scale on voltmeter. When both sides of individual fuses connected to the probes and the voltmeter reading result show a zero it’s mean no current flow through a circuit. And there a current flow in circuit and the voltmeter show the reading result other than zero, it mean a potential drain on the battery.

Connect digital multimeter or ammeter to inductive amp probe, around one of the battery cables clamp the probe. Set to read mA (milliamps) on the meter. Current should be detected if on the battery the key-off current drain exist. To detect small milliamp currents, the amp probe should be calibrated and it should not detect a large multiamp currents.

Connecting the ammeter in series between the battery and cable and disconnecting one of the battery cables is required on this method, so through the meter any current flow will be passed. Just like before use mA (milliamp) scale. Before disconnecting the battery, make sure backup power to the electrical system has been connected.

What Causing The Excessive Key Off Current Drain

The things that can cause the car battery get the excessive current drain, like modules that are not going to sleep or powering down, relays that may be stuck on, lights that remaining on ( rake lights, hood and trunk lights, interior lights and more). Another cause the source of a significant key-off current drain on the battery is anti-theft systems and keyless entry systems.

After engine shut off, could be the fuel pump keep running because the fuel pump relay sticks on. After the ignition is off, rear windows that powered by relay or switch can stick on and can pulling current from battery. Keyless entry module, ABS module or an electronic suspension module after it powered down, may be remain active for long.

DVD player, cell phone charger or game console also can pulling power from the battery if it plugged into a rear seat power receptacle. Check the power receptacle before spend a lot time to find out why the amps disappearing, it could be the power in use by something that still plugged in on it.

Finding The Cause Of A Key Off Current Drain

The current drain is too high if after one hour vehicles has been shut off the key-off current reading above 50 mA. To find the fault, start pulling relays and fuses.

To identify the relays and fuses. refer to the vehicle wiring diagram or vehicle owner’s manual. Make sure the current reading drops by pulling the relays and fuses one at a time. Check all of the other circuits before pulling PCM’s fuses. or other KAM-sensitive modules.

When the circuit that causing of excessive drain has been identified, check the module, switch, relay or other circuit’s components and replace it as needed.

Also sometimes car battery run down caused by bad alternator diode. If it can only pass the current in one direction then the diode is good. If in the opposite direction it have a leaks current, it will causing the battery run down due the charging circuit will stay on while the engine is off. There a several way to diagnose this kind of problem. With the engine running, switch the voltmeter to alternating current (AC) scale, and observe the charging voltage. You need to replace the alternator if any AC voltage showing on the meter or there are leaking diodes found. This problem like this can be detected by this way, the output of alternator can be observed by alternator tester that measures ripple voltage or observed as the waveform on the DSO (digital storage oscilloscope). Or check the battery is stills run down after disconnecting the alternator overnight. Problem is found when you see the battery drain stops. The alternator need to be replaced.

GM models with eAssit such as 2012 to 2013 Buick LaCrosse and Regal, 2013 Chevy Malibu Ecos has been recalled by GM for fault of charging system that cause the fire in the trunk or/and can allow the battery to run down. This may be malfunction of the “Generator Control Module” in the trunk, which causing warning light of charging indicator to come on and battery charge loss gradually. It can cause the engine will not start and stalling if you continue to drive the vehicle. The lithium-ion battery (hybrid system) is not affected by this battery drain problem, it only affect to conventional 12-volt battery.

For reason faulty battery-cable connection in the trunk, BMW recalled 2004 to 2010 BMW 5 Series and 6 Series. Cable connections will overheat and electrical resistance will increase due to the possibility of loose bolts that connecting the battery cable in the trunk. It can cause the electrical malfunctions due to low voltage as well make the battery to run down due reduced charging input into the battery. In some case, there a possible a fire or smoke under the trunk mat, or melted insulation if the cable become overheat.

Honda recalled 1 million of 2013-2016 Accord sedan for battery problem. There are some gaps in the plastic case that cover the sensor of battery, which electrical short can occur and causing the fire due to moisture allow to penetrate the case. Honda do not have sufficient supply of replacement parts and fix the defect problem is so complicated. Permanent “countermeasure part” will replace the sensor if the sensor of battery is corroded or faulty. And temporary fix will be made, if the sensor of battery is still good. While waiting the replacement parts are available, to prevent moisture intrusion will be repaired by consisting of an adhesive. 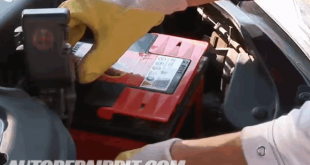