The firing order is a term to determine the sequence used for the spark plugs firing mechanism. Normally, engines with a distributor will determine the firing sequence based on the routing of connection between the spark plug and the distributor cap. If the piston is located at the top dead center (TDC) design as seen on the compression stroke, the spark plug terminal #1 should be perfectly aligned with the distributor rotor. The V8 engine produced by Ford typically uses a counterclockwise direction for the sequence, which means that the wiring from one plug to another will go in the opposite direction. Meanwhile, the clockwise direction is used for Ford V6 and engines with a 6-cylinder design. This direction can also be found on 2.0L and 3.0L 4-cylinder engines made by Ford. 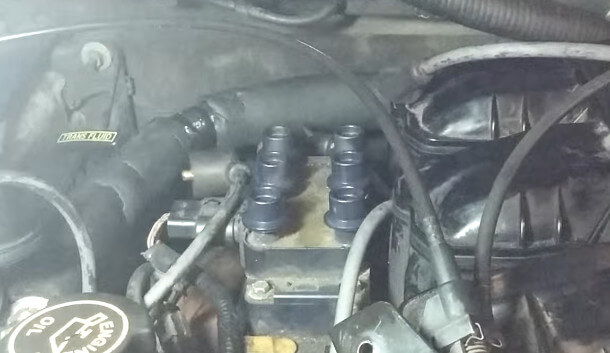 The sequence normally starts with the firing of the #1 cylinder, before going towards the back to fire each cylinder bank. The mechanism might be different on Nissan V6 for models Probe and Villager. These vehicles usually use the staggered sequence that can also be found on GM engines. 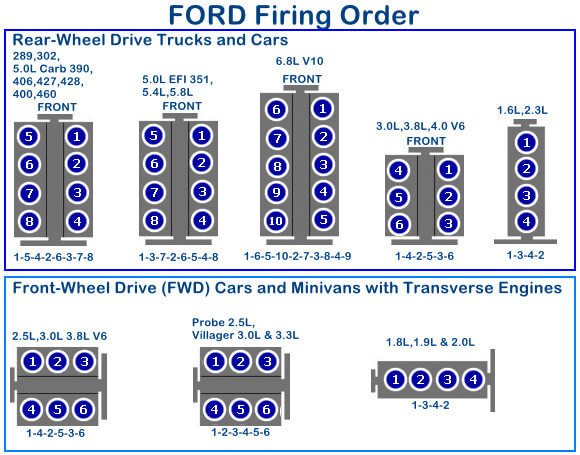 Why the Firing Order Is Important

The engine might experience backfiring, and it will run rough if the firing order is incorrect. This is because the spark plugs connections will get mixed up from the wiring’s.

NOTE: This is especially important on engines with a design where spark plugs are adjacent to each other. If the routing is not correct the wires can create a crossfire in the engine. This is produced by the magnetic field created by the sparks and may lead to premature firing on the next plugs in the sequence. If this condition is not fixed, the engine may run rough, and misfire can happen frequently. Using a crisscross design for the spark plugs connection can cancel out the magnetic field which will also prevent the possibility of misfires.

The firing sequence is usually controlled by the engine computer if your vehicle is equipped with coil-on plug ignition systems or an ignition system with no distributor. The camshaft or the crankshaft position sensor will send an input signal to the computer, which will find the piston with the top dead center position on the compression stroke. The firing order will then start the ignition from the first plug to the last.