There may be times when you take your vehicles to do the emissions test and the vehicle is rejected due to the fact that it was “Not Ready”. If this happens at the emissions test station, then it might mean that the Onboard Diagnostic System (OBD II) is not functioning properly. The OBD might not be able to complete all the necessary self-test monitors to make sure they can check every aspect of your vehicle’s emissions control system and its performance. OBD monitors have to complete multiple checks, which in some vehicles might even take more than half a dozen, to make sure that you can pass the inspection. Even with only one “Not Ready” indication, your vehicle will not be able to pass the inspection for the emission test.

You can conclude the OBD II emissions test if your vehicle can run the OBD monitors successfully with no fault codes found in the system. This means that the emissions test can be sure that your vehicle has an allowable performance, and it is not polluting the environment. But this will always depend on the type and brand of the vehicle that you’re driving.

When you drive your vehicle, the OBD system monitors will always check the functionalities in every aspect of your car. But some functions will only be inspected by the monitors under certain conditions. There might also be some checks that are always continuously going. Those continuous inspections include: 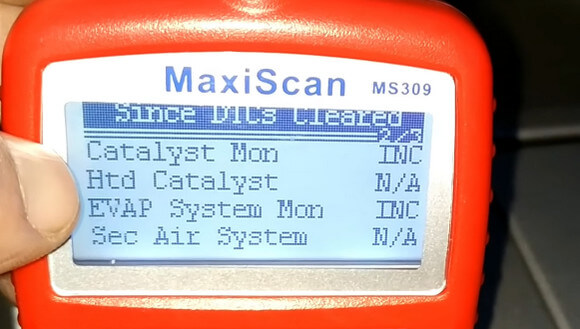 The evaporative emission control system is used to check whether there is a leak in the fuel vapor, such as in the condition of a loose or missing gas cap. The EVAP monitor will only run if the engine meets a particular condition. The monitor will not be ready if any fault codes have been cleared from the PCM, or there is no particular condition that should render the EVAP monitor to be used, including when it hasn’t been turned on since the disconnection of the battery.

The conditions that call for the EVAP monitor to be turned on will usually depend on the brand and the model of your vehicle. For instance, the accuracy of the EVAP inspection will be affected by the amount of gas left in the fuel tank. Meanwhile, the amount of vapor that exists inside the fuel tank will also be affected by the ambient outside temperature which will also drive the fuel volatility. The usage of the monitor also requires the vehicle to not be driven for at least eight hours. There are also some vehicles for which the monitor will only run if it has been driven for at least 10 minutes at a cruise speed or highway speed. The EVAP control system should also have every component to be able to work properly. If there are any fault codes related to the EVAP control system, then the monitor will be prevented from running.

The inspection from the EVAP monitor will run by checking the level of vacuum pressure in the fuel tank to see if there are any vapor leaks. Some codes might appear from this inspection procedure, including codes between P0440 to P0457. This might mean that the EVAP is detecting a leak that might come from a hole with at least 0.040 inches in diameter. On newer vehicles, the size of the hole should be less than 0.020.

Below is a sample for drive cycles that should be performed by the EVAP monitor:

Ford: You will need to drive your vehicle at cruising mode, which is about 45 to 65 mph for at least 10 minutes. Make sure that your fuel tank is only half to three-quarters full. You should also avoid driving on roads that are hilly or have a lot of sharp turns.

Chrysler: The first thing that you need to do is to let your vehicle in the idling condition for about five minutes, and then drive it for two minutes at the speed of 45 mph. Your fuel tank should not be more than 85% full. After that, you should turn the vehicle off for at least eight hours. Then, you can proceed by starting the engine and letting the idling condition run for at least four minutes. You can then drive the vehicle in the busy traffic before letting the engine idling for another four minutes. By doing this, the drive cycles of your EVAP should be complete.

There is a sensor monitor in your vehicle with the functionality to make sure that the oxygen sensors are running as they should. The sensor is called the Heated Exhaust Gas Oxygen monitor that will make sure that the engine is operating in a normal range. There are some conditions that have to be met to make sure that this monitor can run properly, including a condition where the vehicle has been driven for a specified length of time at a cruising speed. But, if there are any fault codes appearing for the sensor heater circuit, the monitor will not run. Also, it will not get activated if the sensors for the engine coolant are not working properly.

The HEGO monitor is required to make sure that the catalyst efficiency monitor can also run properly. If not, the “Not Ready” state will also appear on your vehicle.

Below are the requirements for the HEGO drive cycles to run normally:

GM: GM vehicles will use two parts for the HEGO monitor to run. The first part requires the engine to be in idle condition for at least two and a half minutes. The AC and rear defroster should also be turned on. This condition will push the monitor to check the circuit for the oxygen heater. You can then turn off the AC and the defroster. Proceed with the seconds part, which is accelerating the vehicle and holding the speed at a steady 55 mph for about three minutes. If you do that, you will be able to complete the HEGO monitor inspection and see whether the oxygen sensors are still responsive and working properly.

Chrysler: The first thing that you need to do is to let the engine in an idle position for about five minutes before driving the vehicle at a steady speed of 25 mph for about two minutes. You can then return to the idle position for 30 seconds, and then accelerate the vehicle to at least 40 mph. The last two steps should be then repeated for at least five times more.

Toyota: You can run the HEGO monitor after idling the engine for about nine minutes before driving the vehicle for no more than 25 mph for at least two minutes.

The component of the catalyst efficiency monitor is used to verify the condition of the catalytic converter to ensure that it has good enough efficiency which will keep the emission level in an acceptable condition. The monitor works by comparing the signal from the oxygen sensors that are located both upstream and downstream, which will see the operation condition of the catalytic converter. If the monitor sees that the efficiency has dropped a few points below the threshold, then the monitor will store the fault codes of P0420 or P0439. You will also be able to see the illuminated Check Engine light on your dashboard.

In general, if the monitor sends a signal that the efficiency point has dropped below 80% for any dangerous gas from your exhaust, then it means that your vehicle is polluting the environment. The margin of error is also less if you use a vehicle with features such as Low Emission Vehicles or Ultra-Low Emission Vehicles. The monitor will set a fault code if the efficiency of the catalytic converter is less than 90%.

The catalyst monitor will not run unless you drive the vehicle in a particular driving condition. For instance, some vehicles will require the driving condition to be around 65 mph for at least 15 minutes. This driving condition will normally complete the inspection for the HEGO monitor. It will also require that there is no conflict with other monitors that haven’t started yet, including the EVAP or EGR monitor. Also specific to the model, some vehicles will require special drive cycles to be performed before the catalyst monitor can run. On special occasions, the drive cycles have to be performed several times before the monitor can be initialized.

Here are some scenarios of drive cycles so you can run the catalyst monitor:

Ford: The catalyst monitor will only run if you have successfully initialized the oxygen sensor check and there are no fault codes appearing from the check. For the vehicle, it must be driven in busy traffic with at least five different cruising speeds between 25 to 45 mph. This driving condition has to be performed for at least 10 minutes.

GM: You can only initialize the catalyst monitor after running the vehicle for at least five minutes with a speed of 55 mph. But the drive cycles have to be performed for at least five times before the monitor can run properly.

Chrysler: You will not be able to run the catalyst monitor if the check engine light is turned on. The fault codes have to be cleared as well and the fuel level in the tank should be lower than 85%. Also, the cooling in your vehicle needs to have more than 70°F in its temperature. If those conditions are already met, then you can run the engine for at least 90 seconds. The speed should be between 1300 to 1900 RPM. You can proceed by letting the vehicle in the idle position for at least five minutes and then drive it for about two minutes at a speed of under 45 mph.

Toyota: You will be able to initialize the catalyst monitor after driving your vehicle for about seven minutes with a speed of 40 to 55 mph. You should also continue by driving the vehicle at 45 mph for seven minutes more.

If the scan tool check shows that there is no fault code appearing in your vehicle, that doesn’t simply mean that your vehicle will pass the emission inspection.

You should make sure that the OBD monitors have all been completed so your vehicle can be ready for the emission test.

If you use the Innova scan tool, you can see the status of your vehicle by looking at the LED lights on the tool.

Common Reasons for “Not Ready” Rejection for Admission Test

Regardless of the brand and model of the vehicle that you drive, every single one of the OBD monitors has to be completed before going through the emission test. Otherwise, the vehicle will not be ready and will not pass an OBD plug-in emission test. Below are some causes that might be the background of why the not ready rejection is applied for your vehicle: If you’re using the Innova scan tool, you can see the status of the OBD monitor by looking at the upper part of the screen. If you can see flashing on the monitor, it means that the vehicle is not ready. Meanwhile, if all the indicators are dark, then you can take your vehicle for emission testing. 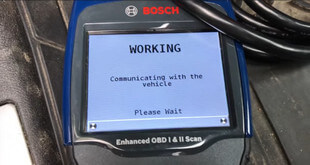 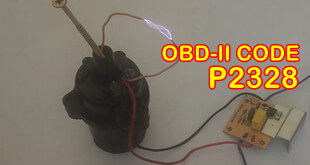 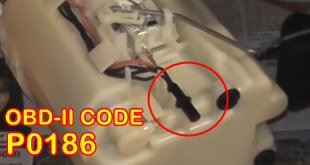 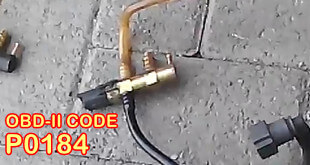